All Boats Rise With The Tide - And Fall With It Too.

There was once a guy named Jason. I used to loathe, no HATE Jason.

We are now friends.

It is so very important to keep your perspective in mind with regards to your career.  The reason this is important is to make sure you don’t shoot yourself in the foot. I almost did this by nearly quitting my job over a boss that was new to his position and very ill equipped to manage someone technical. I was also young in my career and unwilling to consider business perspectives.

Allow me to paint the picture – and I apologize in advance if I send any of you off triggered (translation for y-xer’s like me – ‘full-tilt’). Jason and I were at one point peers.  I was technical, Jason was business.  Our respective boss, had been promoted to another position and Jason (who was pretty cocky at the time) got promoted to be my manager. Instead of being open to the change, I freaked out because I had pre-determined that I could not work with Jason. Period – end of story.  I believe in the things I preach – so I began my ‘new job’ search in earnest.

Fast forward about 2 months and something came up about the cell phone fleet (which at the time before BYOD was a big ass deal for our company). We had the ‘come-to-Jesus’ talk that I knew would come. Honestly I have no idea what the issue was looking back, all I know is that I walked out of a meeting butthurt and ready to quit. Something about giving someone a phone, or losing one – something kinda benign but expensive.

Remember how on my podcasts and woven throughout my posted content I mention how I’ve always sought mentorship? Instead of prematurely filling up my f-et bucket, I made a phonecall. The phonecall took all of about 5 minutes for a neutral third party to remind me that my boss was probably going to get his ass kicked because we blew up the budget for the phones. When I say blow up, I mean by a lot – like 4 or low 5 digits a lot, and this was not enterprise level but branch level. Neither of us had handled the conversation properly, nor had we handled the ‘WHY DOES THIS EVEN MATTER’ part of the conversation.

Taking an hour or two for lunch I entered into my boss’ office and asked him a few things “How can WE fix this problem, and how can I support you in it, and why did you have such a large reaction to the bill? ” If there are two things I’m proud of myself for, it’s that I am willing ask questions, and smart enough to ask ‘dumb’ questions. Most people forget you don’t have their exact 100% same world view and perception of reality. My boss confessed about worrying that he would fail budgeting his first go around and also be made to yell at me, so he got the worst part over with (yelling at me). Without some formal review or a write-up, I determined to make his life better and to genuinely serve my boss.

Let’s fast forward a few years. I have grown in scope, capability and responsibility but still work at the same company. An internal position to become one of the head network engineers opens up. I apply for this position. The team was on the fence about even interviewing me and they call Jason. My boss – who I was going to quit over – proceeds to tell them how awesome I am and that I should be given a shot for the role. The role didn’t materialize, but it was this interview process and other resulting interactions that resulted in me securing the follwing:

All of this would have vaporized if I had quit a mere few months after my boss made a rocky landing in his new position. Some people are complete J-holes, I will totally give this to you. But most, most are not. And if you ask them the smart ‘dumb’ questions in an ‘I care about you’ way – are more than willing to tell you what’s going on and try and figure something out. Struggle is NOT bad. Struggle builds bonds and strong relationships.

Believe me when I say this – because it’s SO HARD to remember – all this stuff will not matter some day very, very soon. You’ll move companies or to another role. But that relationship will be there no matter what you are that other person is doing. And everything you do is cumulative. If you’ve been scorching earth up until now, it is not too late. Start thinking about where this ‘crazy’ other person is coming from and try and figure out what their motivation is. Better yet – ask them. They may have no idea why they’re acting a certain way, people are remarkably unaware of their actions at times – I know I am when I am not consciously trying to be nice. If your fears get in the way, or you are shy – keep in mind it may be very helpful for them if you are brave and ask why someone is acting strange. And as a byproduct your life gets better.

For the record Jason and I have gone golfing a few times and I always meet up with him whenever I’m in Dallas. I genuinely care for him, his family and his career. And for the TL/DR of why I didn’t get the job at the company I was with – I forgot pillar 4 and was too dull with my skills. 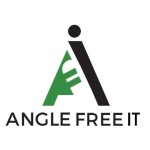